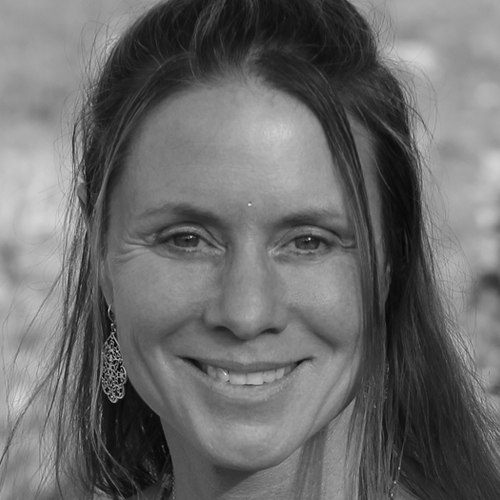 Jaya Lakshmi began leading kirtan and writing her own devotional songs in the early 1990’s shortly after receiving harinam initiation from Srila Govinda Maharaj, a spiritual teacher of bhakti (devotion) from West Bengal, India. She went on to create 4 solo chant albums on Sequoia Records as well as became the lead singer of the tribal-trance band Lost at Last (West Coast USA, 1997-2004). She is the creator of “Kirtronica” - electronica music with mantra designed for ecstatic dance. In 2010 she joined forces with Ananda Yogiji. In just over 6 years, they released 11 mantra albums on Sounds True, Spirit Voyage and independently and have toured extensively throughout the western USA. She is known for her authentic and deep devotional spirit as well as playing an important part in establishing kirtan and mantra music in the west.

A dedicated yogi, she has regularly practiced hatha-based yoga since 1996, and since 2010 has integrated Kundalini yoga as taught by Yogi Bhajan into her practice. Her most influential teachers have been Kia Miller, Tommy Rosen, Sianna Sherman, Janet Stone, Saul David Raye (all based in USA) and Anand Mehotra (Rishikesh, India) for whom she has provided music for in their retreats and classes.