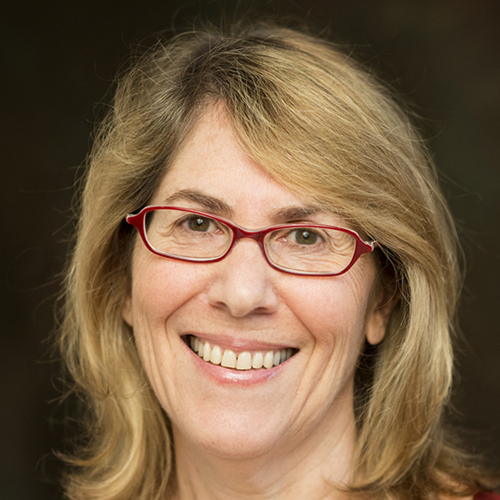 Elizabeth Lesser is a bestselling author and the co-founder of the Omega Institute, an education and retreat center focusing on health, wellness, spirituality, creativity, and social change. Omega was founded in 1977—a time when a variety of fresh ideas were just sprouting in American culture. Modern medicine was beginning to consider the value of prevention, nutrition, and the mind/body connection. Seeds from Eastern philosophies were being planted in the West, cross-fertilizing with science, psychology, and religion, and blossoming into a new, global spirituality. World music, dance, literature, and art were influencing each other in exciting ways. And social change movements like feminism, civil rights, and environmental sustainability were changing our cultural identity and social structures.

For more than 30 years, Elizabeth's immersion in these areas has informed her work and writing. A student of the Sufi master Pir Vilayat Inayat Khan since 1971, Elizabeth has also studied with spiritual teachers and religious scholars from other traditions, as well as psychological practitioners and healers. Her first book, The Seeker's Guide: Making Your Life a Spiritual Adventure, chronicles the uprising of a new spirituality and provides the reader with a map through the four landscapes of the seeker's path: The Landscape of the Mind, the Landscape of the Body, the Landscape of the Heart, and the Landscape of the Soul. Her second book, the New York Times bestseller Broken Open: How Difficult Times Can Help Us Grow, is a guide for anyone going through a difficult time. Its real-life stories inspire the reader to use adversity for inner growth. Broken Open has sold almost 300,000 copies and has been translated into 20 languages.

Elizabeth speaks at events around the world on issues of spiritual growth, cultural change, and women's empowerment. She is also the cofounder of the Omega Women's Leadership Center, which grew out of the popular Women & Power conference series she created. These renowned gatherings feature women leaders, business mavericks, authors, activists, and artists from around the world. In 2011, she gave a popular TED talk at the first TED Women conference.

In 2008, she helped Oprah Winfrey produce a ten-week online seminar based on Eckhart Tolle's book, A New Earth. The Webinar was viewed by more than eight million people worldwide. Elizabeth is a frequent host on Oprah's "Soul Series," a weekly radio show on Sirius/XM, and a guest on Oprah's "Super Soul Sunday."

Elizabeth attended Barnard College and San Francisco State University, majoring in early childhood education. She received an honorary doctorate from the Institute of Transpersonal Psychology in Palo Alto, California in 2011. Previous to her work at Omega, she was a midwife and birth educator.

Besides being active at Omega, she spends her time writing, gardening, cooking, and being with her husband, children, grandchildren, and friends in New York's Hudson Valley. She has been active in feminist and environmental issues for years, and considers it her responsibility and honor to be part of the ongoing evolution of life on our beautiful planet.

Listen to Tami Simon's in-depth audio podcast interview with Elizabeth Lesser:
I Want to Grow More Than I Want to Be Safe »